You are here: Home / Entertainment / Celebrities I've Interviewed / Pixels Movie : My Interview With The Actors 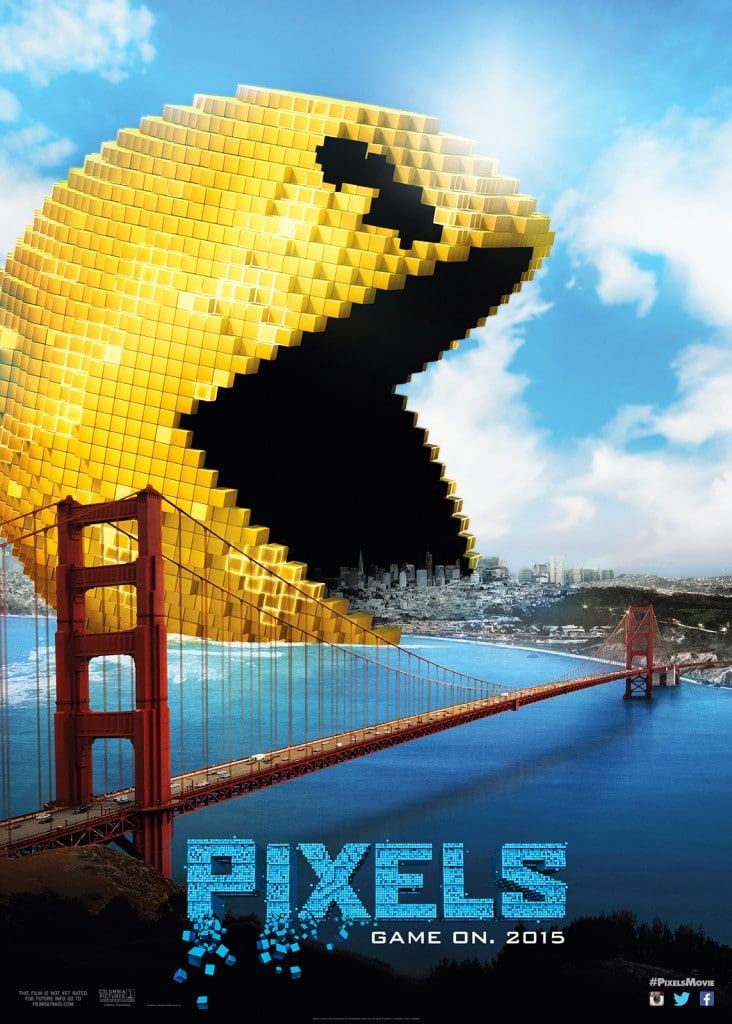 This weekend while I was in New York City I had the enormous pleasure of watching the Movie “Pixels” and interviewing the lead actors and director the next day. I felt like the luckiest girl on the planet to have had this privilege.

The cast of Pixels is comprised of Adam Sandler, Kevin James, Michelle Monaghan, Peter Dinklage  and last but not least Josh Gad. 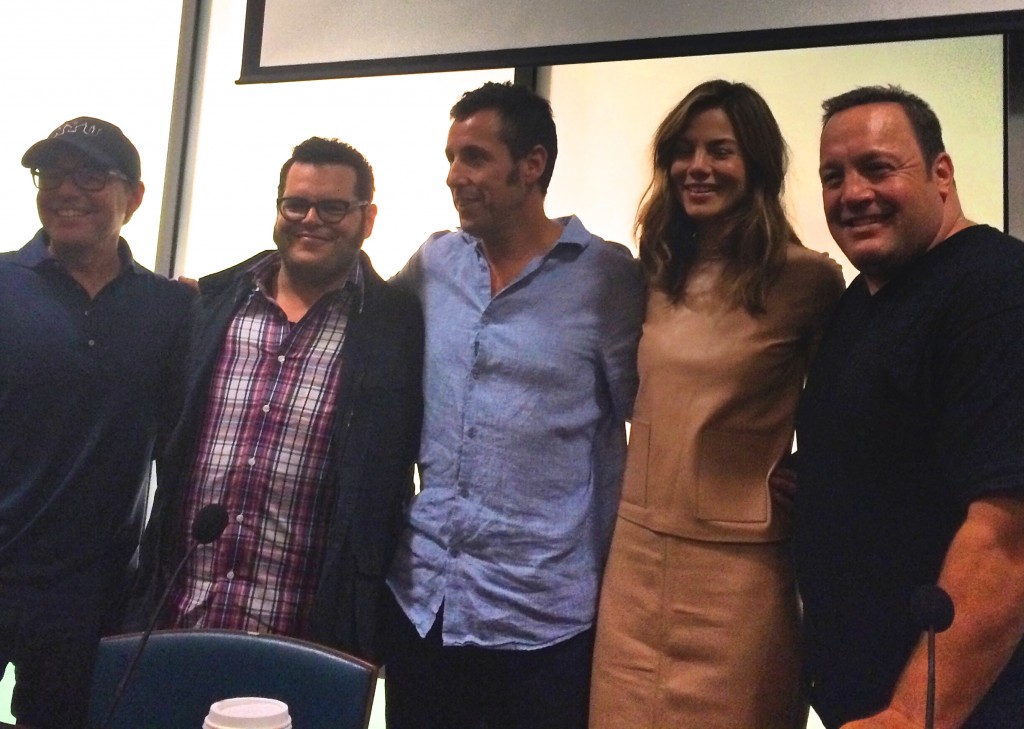 Directed by Chris Columbus. Yes, the same guy who did The Gremlins, Goonies and Home Alone.

During the press junket I was able to interview Chris, Adam, Kevin, Michelle and Josh. I was laughing from the beginning to the end of that interview. The atmosphere was so relaxed, these actors knew each other well and had an amazing chemistry between them.

Here’s a few highlights of the interview:

–> Question to Josh: How was it working with Adam and Kevin?

Josh: these guys has been idols of my forever. I grew up in the generation of Adam being in Saturday Night Life and watching it religiously. And Kevin, I feel like we’re cut from the same cloth and I’ve always wanted to work with him. And Michelle, I am just obsessed with her. The whole cast is amazing. Chris Columbus defined my childhood, Goonies and Gremlins were the movies that defined Josh Gad and made me the National nightmare that I am today (laughs)

–> Question to Michelle: Michelle, how did it feel playing the girl power role?

Michelle: It felt awesome! The job title and the name got me for this film. I mean, she’s lieutenant colonel Violent Van Patten. I couldn’t say no to that. She’s a weapons designer for the government and she gets to design this amazing weapon called The Light Cannon and that is what the Arcaders here used to defeat the aliens. So she’s very cool, she’s very strong and she’s confident. She’s got beauty, brains and brawn. That’s what I love about her.

—> Did any of you played classic arcade video games in preparation for the film and what did you play?

Chris: I only knew Donkey Kong and Pac Man. I was a little older so hanging around an arcade would’ve been kinda creepy for me. But when I was in NYU I played in a bar where there was a tabletop thing and you would sit across from someone and played Donkey Kong or Pac Man. When I got the movie I had to learn some of these games like Galaga and Centipede. But these guys (pointing to the cast) were experts.

Kevin: I played Jubilee John Masters, Shawn the king. There were different games. I go for Pac Man. I was too hip for that (laughter)

Adam: We loved it. It was our whole life growing up. Right about 10 or 12 that was a big deal. The arcades opened up, your parents said ok. There were girls there you got to talk to you, there was some food, there were some tough kids walking around that you were scared of. And I remember, you got to take the bus. Our arcade was downtown and it was called “The Electric Dream Factory” like in the movie. I remember, you got on the bus with a couple of your friends, your parents gave you like a dollar and you got to choose to play just one game and spend $0.75 on a McDonald’s Hamburger or play all 4 games and have nothing to eat.

Kevin: Guess what I chose? (laughter)

Kevin: I never played. They used to drove me in front of the arcade and I just walked to McDonald’s

–> Question: How did you narrow down the soundtrack for the movie?

Chris: “Surrender” was in the script. And then “Working for the Weekend” was not a song I was particularly fond of, but when we put it in the movie it sounded so cool. And is weird how some of those songs that you thought were a little cheesy back in the 80’s suddenly have a life today. And then the Queen song came towards the end of post production process. We feel in love with that and it became kind of Brenner’s theme.

—> Question for Adam – About the scene where your playing the Call of Duty game and if there’s some sort of message in that?

Adam: I don’t know, I don’t want to sound too preachy. But it is. Games today are amazing with the image how crisp and realistic how everything is and yes there is violence and in the 80’s the games were a little goofy and a little weird even though you were still shooting at stuff. But the 80’s version was a little more innocent and the colors are a little more friendly. Not a powerful message but yeah it’s saying there’s a difference between the games back then and the games today.

—> Question – Did you guys go away from the script and ad-lib some of the parts?

Adam: we’ve always believed in ad libbing but not as much as Josh Gad over here.

Michelle: Oh mi Gosh. That scene where we are talking to the NAVY Seals… That might go down as one of my favorite days on a film set and it was also one of the worst because we couldn’t keep a straight face. That was a lot of amazing and brilliant improv.

Adam: everyday that Josh was on a scene it was bananas.

Kevin: the crew actually chipped in and bought him a car of the overtime

—> There were so many quotes in the movie. Which one is your favorite?

Josh: I love it when Pac Man goes: Waka – Waka – Waka (imitating Pac Man). I think that was one of my most memorable moments.

Michelle: I think it was with professor Iwatani when he approaches Pac Man and says “my sweet boy” and then they cut to Josh and Josh says “that’s so sweet” and it literally goes completely sideways. I love that bit so much.

Josh: Peter Dinklage’s lines for me were so out there. The fact that somebody carries himself like that! It was just the overconfidence kills me.

Adam: Iwatani, that was the best. We wrote this script a bunch of different ways and Columbus had the script and he sent it over one day and said “check this out” and it was Iwatani’s stuff and I just laughed. It was all Columbus.

Michelle to Chris: Did you write that?

Chris: I did, the funny thing is, we were dealing with a lot of the game companies to get the rights. And these companies really really loved their characters and I had so many conferences with them that I thought “What if one of these guys is a little crazy and really think one of these characters is his son?”.

–> Question: About the Donkey Kong Scene, how did you film that? Did you use a green screen?

Adam: it was the best, we were pretty high up there. Kevin hated that. It was like a giant stage. About 70 high or something.

Chris: we built the entire Donkey Kong board. All the platforms. It was mind boggling. The guys were in harnesses. It was a painful process but we didn’t want to do everything CGI. We wanted to actually have a tangible set that these guys can actually perform on except for the obviously CGI Donkey Kong and the barrels.

Michelle: there were ladders and the ramps. You feel a little bit awkward when Chris is yelling “Ok, there’s barrel coming at you and it’s on fire” and you’re like literally jumping into thin air. But thankfully we had something called previz where they show you the action beforehand so you have a sense of what you need to do

—> Question for Kevin: If you were really president how would you take care of important issues like taking the Mets to the World Series?

Kevin: I think they’re on their way this year. Maybe not the series but definitely the playoffs. I would make it mandatory for a siesta everyday like they do in Italy.

Adam: every combination was great. There wasn’t a person that you hung out and didn’t have a good time. Josh and Dinklage together were pretty funny to watch

Kevin: and the craziest guy was Columbus. We were all tired and having lunch and he went out on a 5 mile run

Adam: Yeah, I followed him one day and he was drinking wine and running.

Chris: it wasn’t the easiest shoot ever. Honestly, we needed more days to shoot the movie and these guys worked extraordinarily hard. We gave it our heart and soul so I was proud to work with them 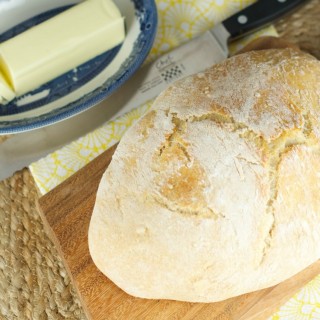 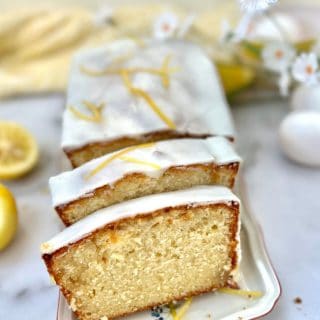 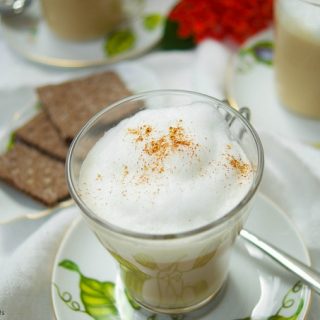 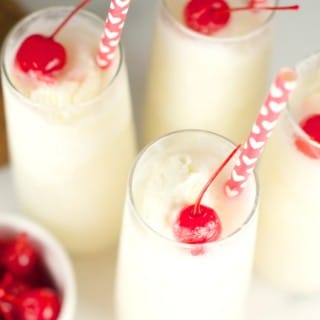 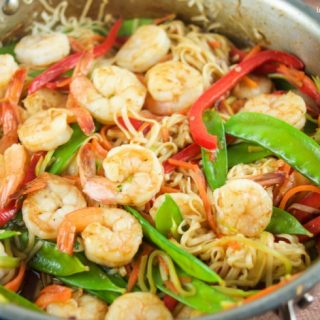